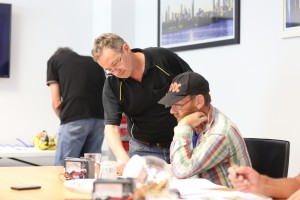 John is recognised as an expert in the test and tag industry due to his extensive and broad experience that began in 2004 when he was responsible for equipment maintenance at his local SES unit.

During 2007 John founded ACME Test and Tagging to provide test and tagging services to workplaces across the Greater Melbourne area. Starting from scratch with no leads, no clients and no revenue he quickly built a thriving business based on the core values of being fair, friendly and reliable. Many of the original clients are still using his services today.

Over the last 25 years John has been involved in many diverse businesses and has developed a reputation as an industry innovator, often going against the norms of the times. This desire to improve the customer experience has flowed on to ACME and TATSA with many of his initiatives now being picked up by competitors. Rather than get upset at them for copying him, John sees it as a complement and good for the test and tag industry.

John is an active member of his local CFA brigade and supports many charitable and not-for-profit organisations.